So it seems that now I’m finding tapas restaurants everywhere…you know what they say, when it rains it pours.  Recently, we came across Bread+Butter Counter… a “Cuban Gastropub”, in Coral Gables. In Miami, good Cuban food isn’t very hard to find, with historic restaurants such as La Carreta, Versailles and Sergio’s, as well as, hundreds of smaller mom and pop places, all featured in travel books. (This by the way, was one of the main things hubby and I missed when we lived in Raleigh, no Cuban restaurants around, and most locals would refer us to the nearest Taco Bell, yes you heard it folks, Taco Bell!)

At B+B, owner and chef Alberto Cabrera offers a creative menu using Cuban staples with a twist, to serve up innovative dishes. In addition to a complete list of tapas style remakes of Cuban traditional plates to share, there’s also medium-sized rice dishes and a few larger plates, including the Pollo Asado, which is my husband’s favorite!  I went for the Media Noche Croquetas served with aioli and soda crackers, and Pan Con Tomate, both very good. 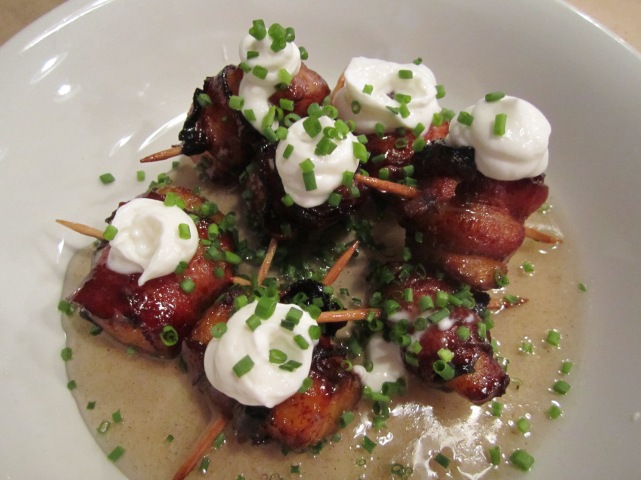 However, the dish we most enjoyed was the Platano en Tentacion…bacon-wrapped plantains, served with five-spice almibar and topped with sour cream, and chives…in one word, divine!

I also really liked the decor of this place, resembling an old-time diner or counter restaurant. The first thing I noticed when we sat down, were the tin can water cups on the table, very similar to the ones my sisters tell me we used in Cuba when we were little.  There are also many beautiful, vintage black-and-white images of the old Cuba my parents are always reminiscing about.  I must warn you though, as with many places in the Gables, parking for this place is tough, so if you’re trying to make your reservation, give yourself enough time to find a spot.

Once again, we didn’t make room for dessert. However, there were a few that caught our eye for our next visit, such as the Flan de Queso de Cabra (a goat cheese flan) and the Torrejas, a traditional dish similar to Cuban “French Toast”, served with guava maple syrup and cream cheese ice-cream.  I’m not sure they’ll be as incredible as my Abuela’s torrejas were, but I’m sure we’ll find out soon! 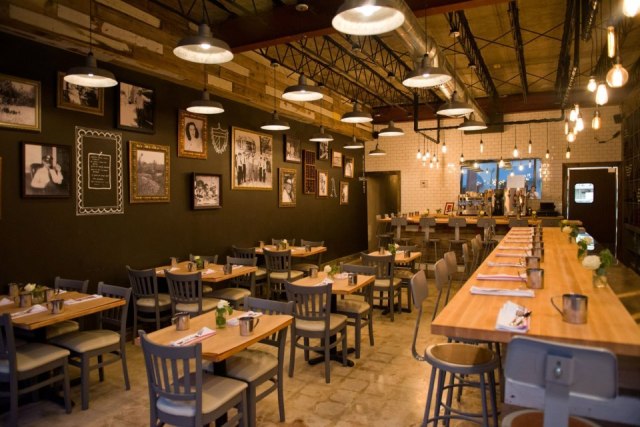